“Gulf investors are not primarily motivated by access to the EU market or labor force. Instead they invest in the U.K. because it is a large dynamic and open economy and that is unlikely to change as a result of this referendum” said Zak Hydari to Wall Street Journal

Persian Gulf to Continue Investing in UK After Brexit 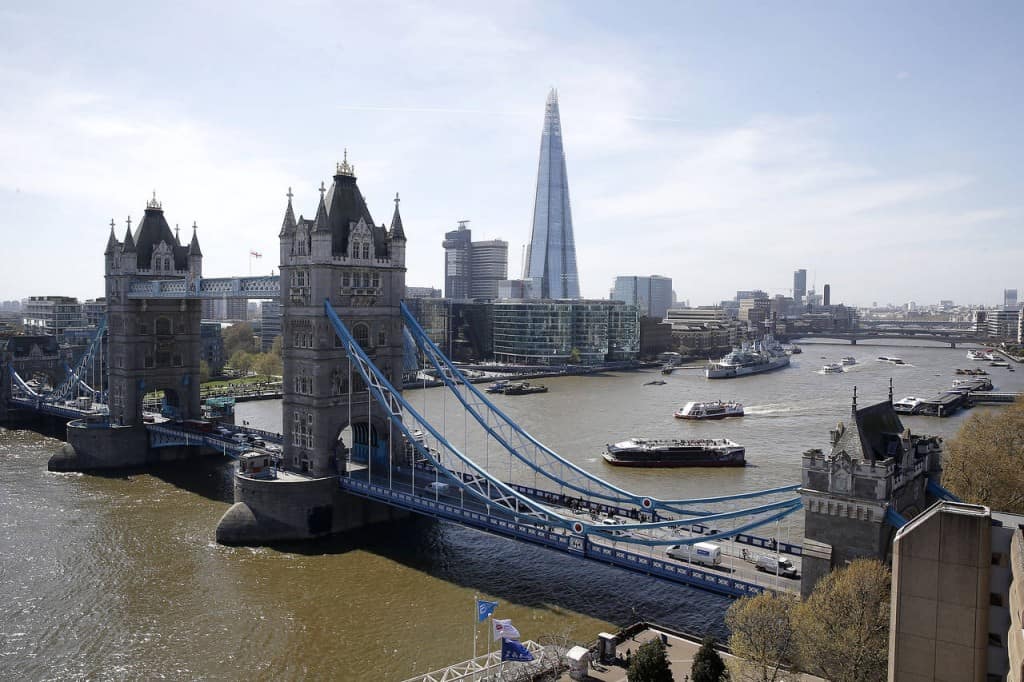 View of Tower Bridge and the Shard in London. Qatar’s wealth fund owns almost all of the Shard, the U.K.’s tallest skyscraper, and it owns the Olympic Village, the Canary Wharf complex and several other developments—making it one of London’s biggest landlords. PHOTO: REUTERS

DUBAI – Many Persian Gulf investors, among the most prolific buyers of British real estate and companies in recent years, said they would continue to invest in the country even as the plunge in the pound and stocks after the Brexit vote has eroded the value of their existing holdings.

“Gulf investors are not primarily motivated by access to the EU market or labor force,” said Zak Hydari, chief executive at the London-listed firm. “Instead they invest in the U.K. because it is a large, dynamic and open economy and that is unlikely to change as a result of this referendum,” he said.

Rasmala views Thursday’s vote as a buying opportunity and is on the lookout for assets in the U.K, Mr. Hydari said.

Oil-rich Gulf states in the past decade have emerged as some of the most aggressive investors in the U.K., whether through their sovereign funds or as wealthy individuals.

The Qatar Investment Authority, for example, owns department store Harrods and holds stakes in supermarket chain Sainsbury’s and Barclays. Also, Qatar’s wealth fund owns almost all of the Shard, the U.K.’s tallest skyscraper, and it owns the Olympic Village, the Canary Wharf complex and several other developments—making it one of London’s biggest landlords.

Other state-linked entities have been snapping up prime London real estate for years, pouring billions of pounds in the British economy.

But the value of some of their assets took a massive hit on Friday after financial markets globally tumbled on concerns about the future of Europe after the U.K. decided to the quit the European Union. The pound hit a 30-year low, while the FTSE 100 was down more than 3% amid a global stocks selloff.

Bahrain’s Investcorp, which owns crisps-maker Tyrrells, said London would remain an important financial center despite the British decision to leave the European Union.

Most Gulf countries peg their currencies to the dollar, which means, as the pound weakens, investors from the region may have more firepower when investing in the U.K.

Any U.S. dollar or U.A.E. dirham investor will find the price of an average prime central London residential asset less than it was on June 20, says Faisal Durrani, head of research at London-based consultancy Cluttons.

At the same time, oil prices also declined after the U.K. leave vote, which could further strain budgets across the region and crimp their ability to invest overseas, some analysts say.

“Lower oil revenues lead to fiscal consolidation and a slowdown in economic activity here,” said Giyas Gokkent, an economist at the Institute of International Finance. A global selloff in equity prices may present some buying opportunities but the question is whether Gulf investors still have the same financial means.

“If only there was fresh money to invest,” Mr. Gokkent said. “They could always shift their portfolio away from dollar assets to assets which are now cheaper,” he said.

Still, the appetite for the pound remains. In the U.A.E., several currency exchange houses said the demand for British pounds soared over the weekend from residents who wanted to take advantage of the currency’s decline.

“Everyone is buying, Emiratis, expats, many people who want to go on vacation in the U.K.,” said an exchange teller at the Al Ansari Exchange, who said demand had skyrocketed and prompted the exchange house to bring in pounds from abroad via one of its partners.